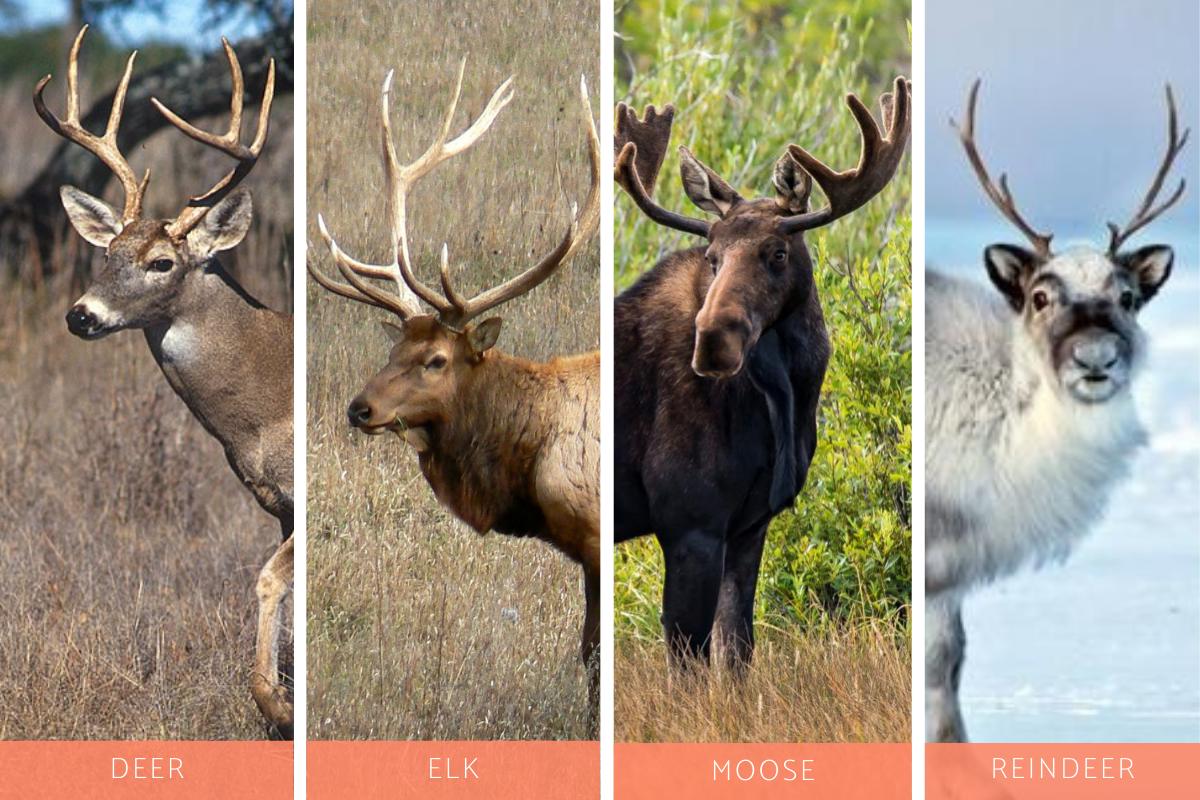 Deer are gentle herd animals, always cautious, and tend to avoid predators. They often emit several different sounds to communicate with individuals in the herd in certain situations.

So when do deer make those sounds? What do those sounds sound like? Why do you need to know about it?
The following article will help you answer these questions. Let’s follow along.

Why Should You Know The Sounds Deer Make? 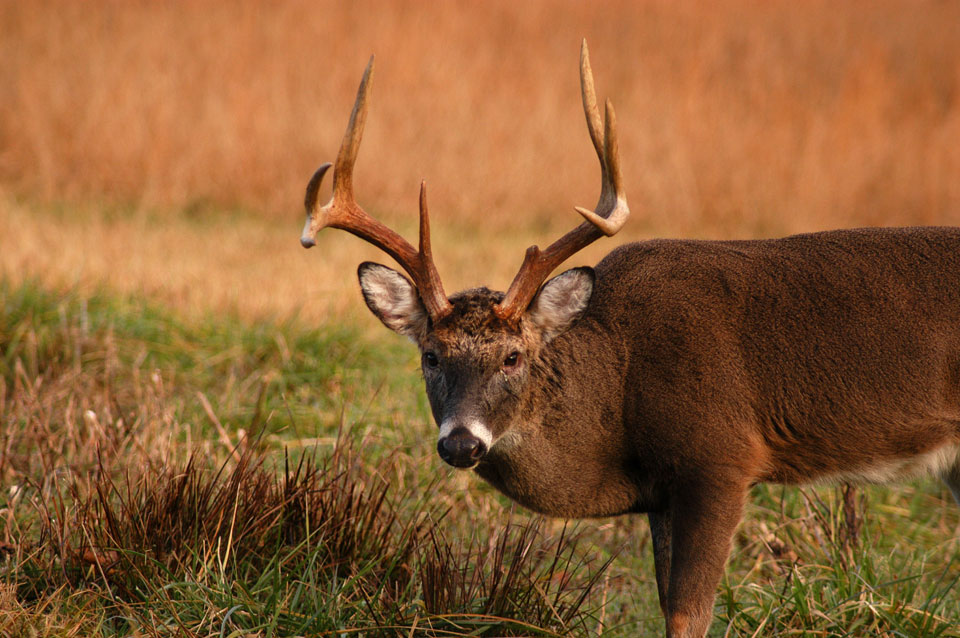 Knowing the sounds deer make is curious and very useful if you are a hunter.

When hunting, different sounds in the forest will make you confused about locating your prey. But if you know and hear what sounds the deer make, you can identify them more easily.

Not only that, but the sounds deer make also help you know what they are feeling, standing still, or moving. From there, you will predict their actions and not miss them. 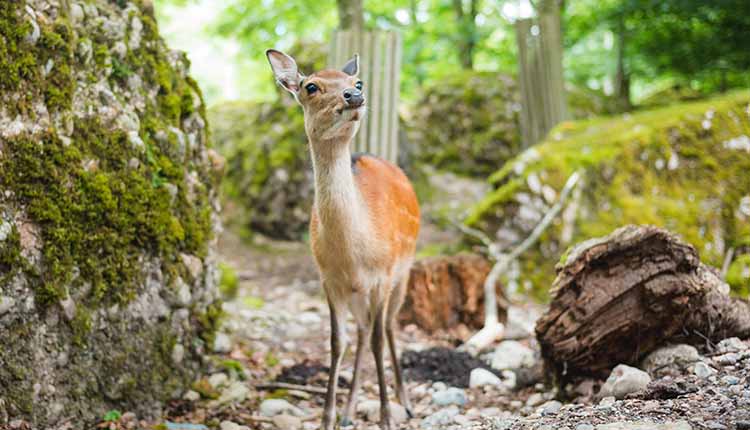 The sound deer make when worried and scared

One of the things that help deer survive so long is their herd mentality. They take care of each other, and when there is danger, they warn each other. Specifically, deer will emit a few characteristic sounds to express their anxiety and fear.

You need to pay attention to these sounds because it also means that the deer knows you are near it when you hear them.

Sniffs
Deer have a strong sense of smell, so they can easily detect predators. They will make Sniff’s sound to find individuals in the group and signal them to look for predators.

To give you a better idea, imagine a deer’s large nose sucking in the air. This sound is similar to a human inhale, but it is much deeper and stronger.

Stomps
Next, the nervous deer will start stomping with their claws. They detect an imminent danger but have not yet determined what and where.

This stomping is also intended to notify other deer in the herd to identify the predator. It sounds like a piece of wood touching the ground.

Snorts
A deer snorts when it has identified an enemy. This sound will alert other individuals in the herd and will together snort, curl their tails and run away. A deer snort sounds like a human sneeze.

This snort sound is the notification that your hunting day has failed, and you should get out of the forest and return home.

Unlike when scared of predators, deer, when angry, are often just stags calling for a mate. Male deer will make different sounds, much louder than normal deer.

Specifically, they make certain sounds to attract the attention of their offspring and intimidate other potential competitors. So you will hear them and find them faster.

Buck Grunt
The grunt is the dominant sound of the male deer. Normally, when communicating with each other, their sound is softer and longer. However, the sound becomes deep and short when a deer wants to let others know this is its territory.

Grunt is also the sound a stag makes when chasing his mate and this sound is also attractive to female deer.

Rattling Antlers / The Buck Rattle
Rattling Antlers is probably the most easily recognizable sound on this list. This is not the sound made by a deer but made by two stags rushing and fighting with antlers.

When they do, they make a sound that can be described as a rattle. The fighting can be gentle just to increase the size of each other’s antlers before estrus. But when they are in heat, especially if females are present, they will be more aggressive in determining dominance.

If other deer hear it, they will know and see the deer that dominates that area. Simply because they want to know who is fighting in their territory and who is winning.

So you can have a great hunting session by imitating this sound, creating and luring deer to come.

Snort-Wheeze
Snort-wheeze is what the name says sounds like a snort followed by a wheezing sound. This is an aggressive sound used by deer to intimidate opponents. Accordingly, Male stags often make this noise just before swarming over each other for females and territory.

And like Rattling Antlers, Snort-Wheeze also attracts many males to watch the fight, and you can take advantage of it.

Other sounds deer can make

The above sounds and deer also make other sounds to express happiness, excitement, and even boredom.

Doe Grunt
Doe Grunt is not like the grunt of males. They are gentle and somewhat like a grunt. Doe Grunts are not meant to compete for dominance, and they are simply talking to each other.

Deer are herd animals, and this grunt is a greeting, or a desire to mingle. The mother deer also uses this sound to call the baby deer when it’s time to feed to move to a new place.

Doe Bleat
Doe Bleat is a high-pitched deer vibration, similar to the sound of a goat. The deer make this sound when they want to get together or join the party to show satisfaction.

Doe in Heat Call – Estrus Bleat
Estrus Bleat is the sound that indicates that the male stag is on time and ready to mate. They make this sound to attract the attention of the female deer. This type of sound can be louder than the Rattling Antlers sound they make.

When a female deer is attracted, she will stop and coo to let the male deer know she is ready. This is probably the loudest noise deer make and is quite special as a signal of the beginning of the breeding season.

Thus, the above article has answered the questions you asked above. Knowing what the deer sounds for will help you identify your prey and hunt them more easily.

If you’re a hunter, make sure you know all of your state’s legal and illegal terms and conditions before you begin. Good luck.