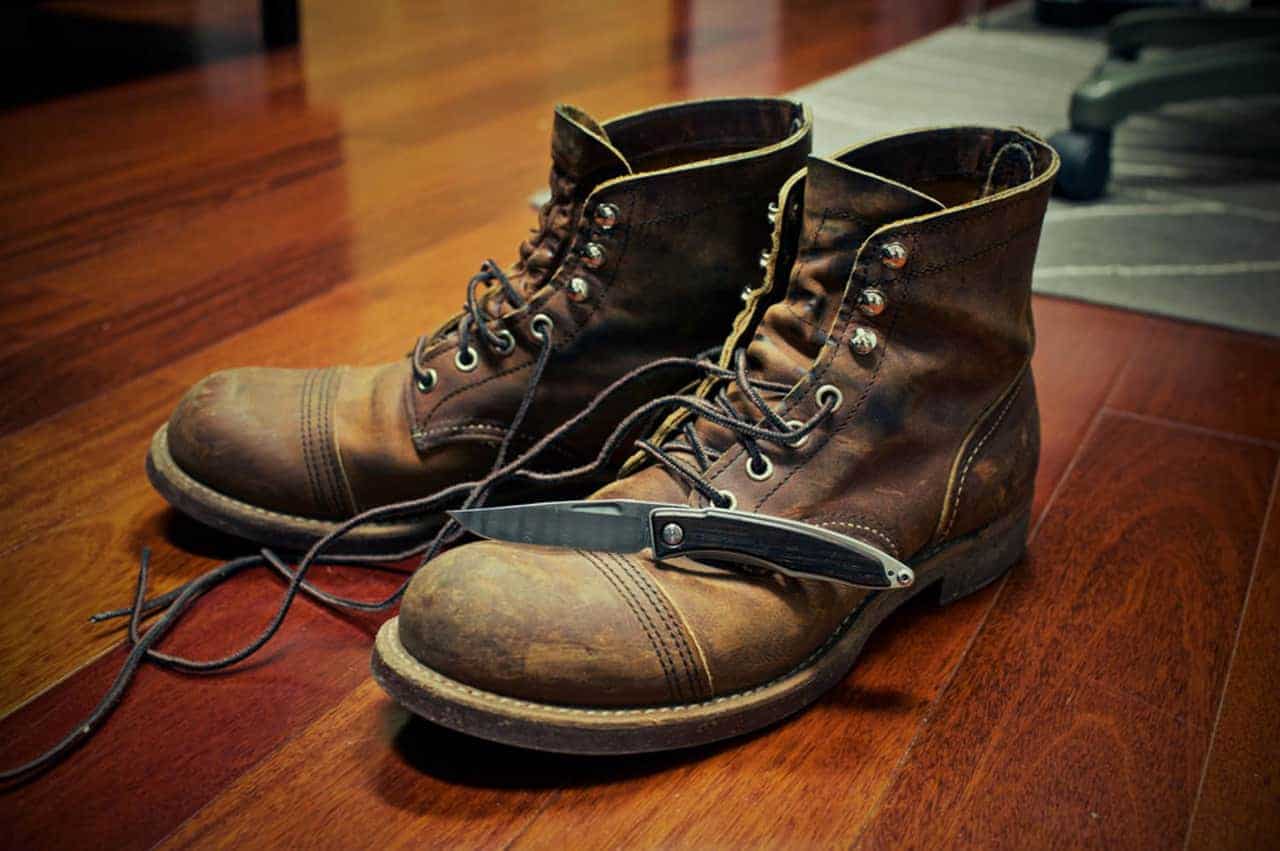 Survival instinct is a fundamental nature present in all life forms, including humans.

Self-defense is an act of countermeasure that involves defending oneself from any harm, and there are many ways on how to protect yourself from various threats.

In this article, you’ll learn how to wear a boot knife, as owning one of these is an ideal example of defending yourself against possible foes.

Ancient To Modern Use

Being able to protect oneself is the biggest advantage of keeping a boot knife. Concealable; these knives are designed with a slim blade and handle that is suitable for you to carry daily with ease.

Boot knife has become so popular more than other known weapons a century ago. Matter of fact, men wore high open leather boots where this weapon was hidden conveniently.

Today, the process of wearing a boot knife has become easier thanks to modern boots designed to carry this weapon in an integrated pocket you can utilize. However, there are still a lot of boots that don’t feature built-in pockets.

To start, you must have a boot and a string.

Warning: having a knife put just beside your body is quite dangerous. So, you must consider the approximate length of a knife that gives you utmost comfort when you carry it around.

The length should be long enough not to get lost in your body and not too short either that it may slide to the ground.

Lastly, you need a string to tie your knife up into your boot. Make sure your boots are pleasant to wear and see to it that you can access your weapon safely and quickly.

You can start assembling your boot knife after having the necessary requirements mentioned just above. This time, we will discuss how to wear it.

The first, yet the most important thing to do is to cover your knife with a sheath. The sheath serves as a protective cover, not for the knife, but for your legs to avoid getting cut or injured while you are moving. 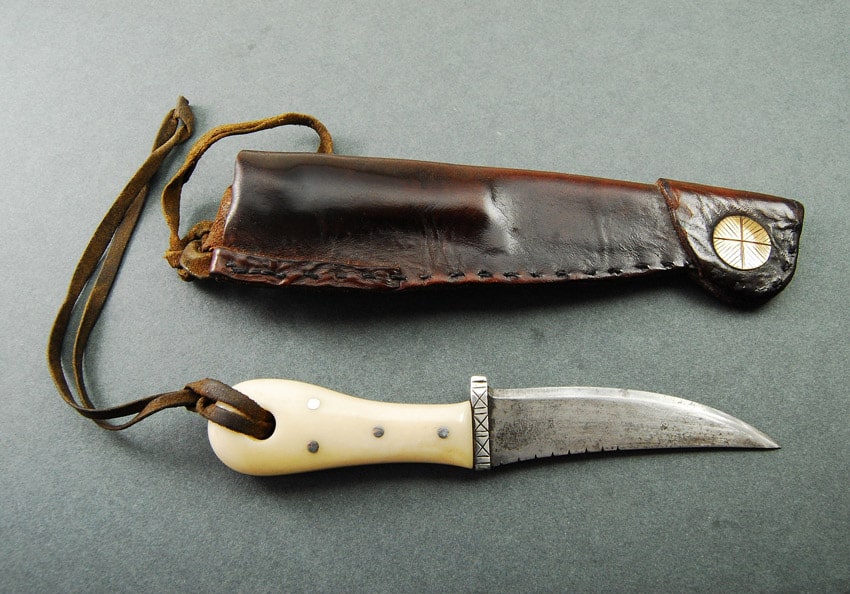 Now, wear your boots and carefully slide your knife into one of the boots.If you’ve done it properly, the knife should ride outside your boots without any problem.

It makes sense to insert your knife into your stronger body side. For instance, a right-handed person might want to place his knife on the right boots.

On the other hand, it’s ideal for a lefty to insert his knife on the left boots, considering it’s his stronger side. Adhering to your dominant side will mean a safer, more comfortable, and better knife draws. Imagine being a right-handed person and having to pull a knife on your left side.

Remember, it’s troublesome to insert your knife on the boot’s inner side because you will have difficulty in pulling it out and inserting it again.

Lastly, grab a piece of durable string (like a shoelace). Using that string, tie the exposed sheath to your calf then place the center of the line on the flat edge area of the sheath.

Boot knives are considered as one of the best last resort tools for self-defense. Most police officers and military personnel always carry a boot knife in their operations.

Having a knife that is both hidden yet easily accessible could end up being a life-saver. Other than self-defense, a small boot knife is very helpful in times of camping or hunting.

No length serves all. The ideal duration of a boot knife depends on you (as the user himself); something that ultimately satisfies your concept of comfort. Most experts recommend that the average boot knife range must be between 3 to 5 inches.

The blade is also suggested to be double-edged like a dagger, and should have a sharp tip that can penetrate easily.

The type of steel used in the production of the knife is one of the main factors to consider in determining the best boot knife to use; the better the metal, the more expensive it gets.

However, it is more advisable to go for a boot knife you can afford. There is no valid reason as to why you should go for an expensive knife you can’t afford. If you know where to look, you can find durable items that won’t break the bank. 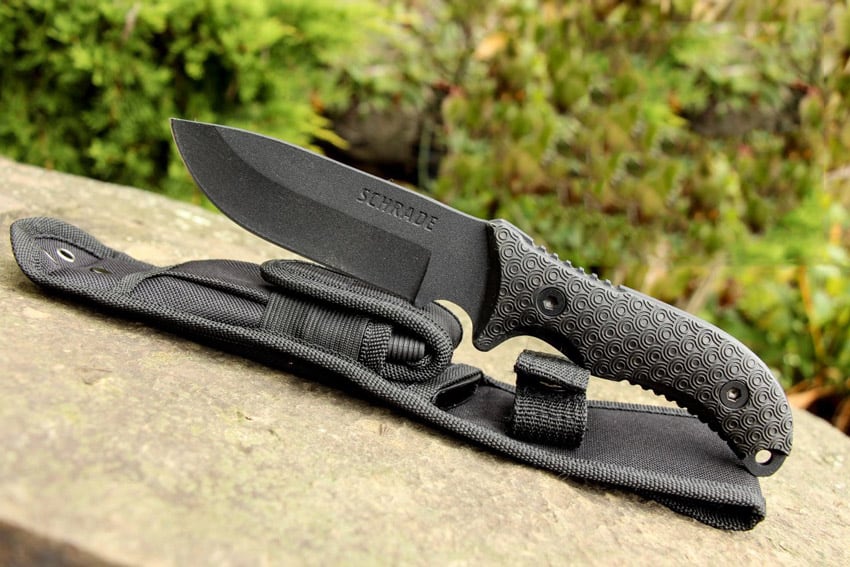 Boot knives are known to be helpful tools during emergency situations. Finding a tool more handy than a boot knife is rare. Located just beside your leg, a boot knife is something that is always ready for use. Furthermore, it is mostly slim, conceals easily, and suitable for everyday carry.

Carrying boot knives has multiple uses thanks to its versatility. If you’re being attacked by a fellow person or a wild animal, a boot knife could even things up.

In times when you are camping, you can use your boot knife in cutting fruits and vegetable, dissecting animals in preparation for cooking, and a whole lot more.

For those sheaths that come with pre-cut holes in the tip, you can sew it so that the blade tip can’t penetrate and injure your leg.

Lastly, update yourself of the local laws about carrying this kind of weapon; most states condemn the use of boot knives.

Boot knife is indeed an extremely valuable asset that could save your life. In whatever situation you may get yourself into, being resourceful always pays off and having this kind of versatile weapon completes the recipe of any survival attempt.

Now that you know how to wear a boot knife; try to incorporate what you have learned and make it a habit to practice using it every day.