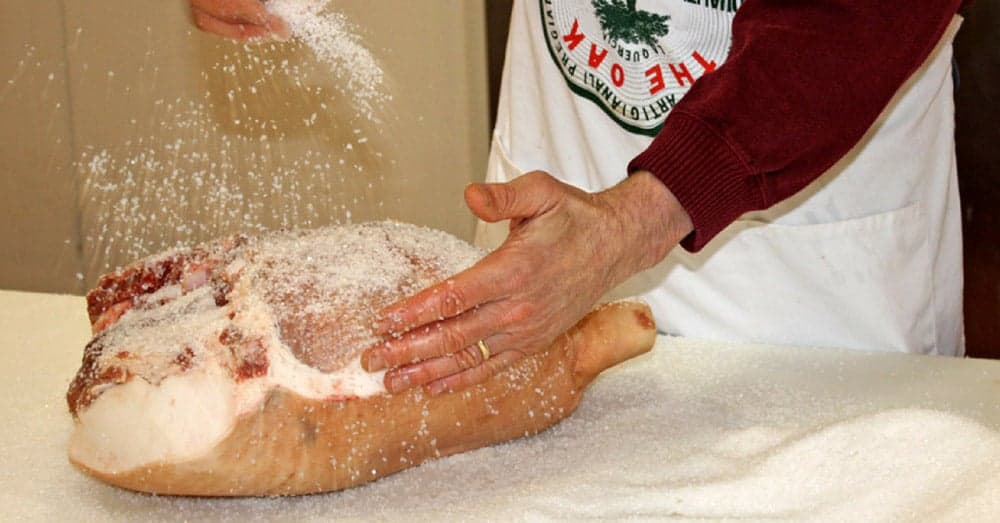 If you’ve ever watched that movie into the wild where the kid goes off to Alaska and ends up dying even though he kills a moose, you will aware that before going out for a big game, you have to get everything ready, especially for your eating.

If you kill an animal, all the bugs, bacteria and fungi will come and want you to share the meat. It’s a common case that you will have to toss the meat away after just a couple of days if you don’t preserve it.

Thus, knowing how to preserve meat is an essential skill that pretty much anybody who does anything survival related or primitive living related has to know.

Why Most of The Preservation Methods Go With Salt

Salt has a preservative effect because of the osmotic pressure it creates via absorption.

As an illustration of this, if you take a red blood cell and put it into water, osmotic pressure will make the cell, whose membrane is thin and semipermeable, increasingly absorb water until it explodes.

However, if you put that same red blood cell into the water which has higher sodium level than the cell’s interior liquid, the adverse effect will take place, and the cell will continuously lose water, and shriveling up.

Additionally, put it in water that is as salty as the cell, nothing at all will happen. This same effect occurs with most mold and microbes.

So if you use the salt for its absorption effect to increase the osmotic pressure, the things that may spoil the meat can hardly survive and reproduce. The simple reason is that their moisture is sucked from them.

The more salt added to the meat, the longer the preservative effect will last. If you want to know how to preserve meat with salt, the process is simple. Read the following suggestions

How to Preserve Meat

This method is the most common way to keep the meat fresh without refrigeration. It simply applies the theory of osmotic pressure. 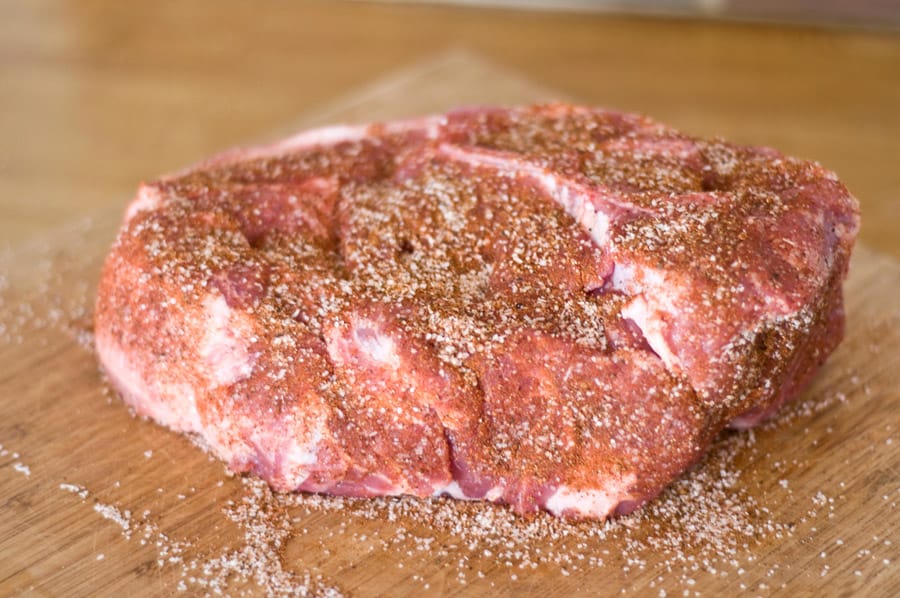 First, you need to rinse the fresh meat in lukewarm or cold water.

Then, pour a layer of salt (kosher salt recommended) all over the meat surface and rub it in thoroughly.

Next, hang the meat out in a cool environment (under 60 degrees Fahrenheit, but not below freezing) for a couple of weeks to dry it out. You can slice it into slabs and place them in a jar or crock for storage.

Finally, rinse off the salt with water before cooking the meat. If you use a proper salt, you can even preserve meat for years.

However, of course, the amount you have to use will probably make it distasteful.

If you’re just using salt with no other preservative method like smoking or the like, it’s commonly recommended that about 20% salt concentration on the surface of the meat is needed to kill microbes and fungi that can spoil food quickly.

Brining meat and other items usually use a salt/acidic method to achieve preservative effects, often using some vinegar or alcohol for the acidic element, which further creates an environment that most microbes and fungi have trouble surviving in. 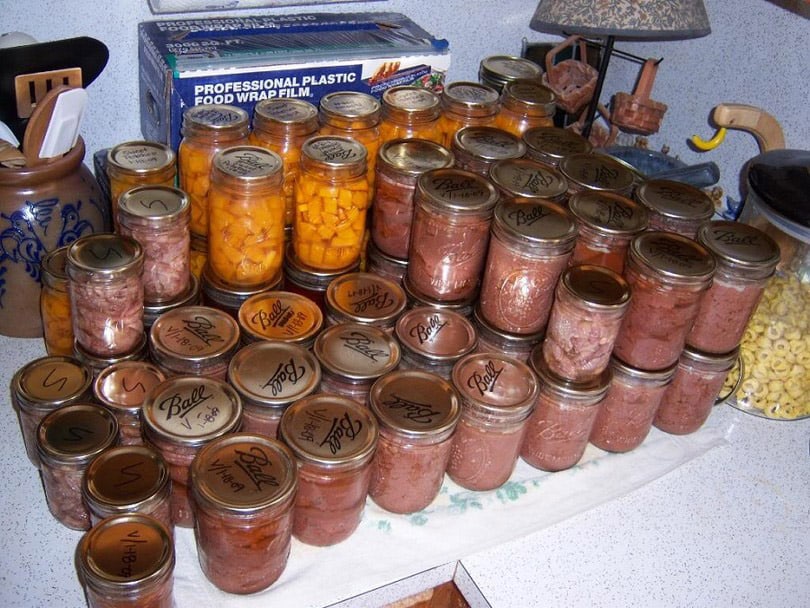 Take pure water and add some salt and spice – roughly around 10% and start stirring to dissolve it.

Marinate your meat in it. That makes the salt go into the meat; it tenderizes it, yet firms it up, so you will have a beautiful piece of meat which is salted all the way evenly through. This simple method just makes for a perfect result!

Take your meat and add it to a plastic bag together with the brine. Try to get it all covered so that doesn’t have any air left in it.

Sit in the brine at least overnight and then you will have a perfectly done moist and firm meat.

Some of our favorite brines can be spice with alcohol; it’s a great way for us to transfer the flavors over to and all the way through the protein.

A few of the recommended combinations is:

Smoking the meat can keep the bacteria, fungi and any other kinds of insect at bay. It is also the best method to give you a tasty flavor of the meat. 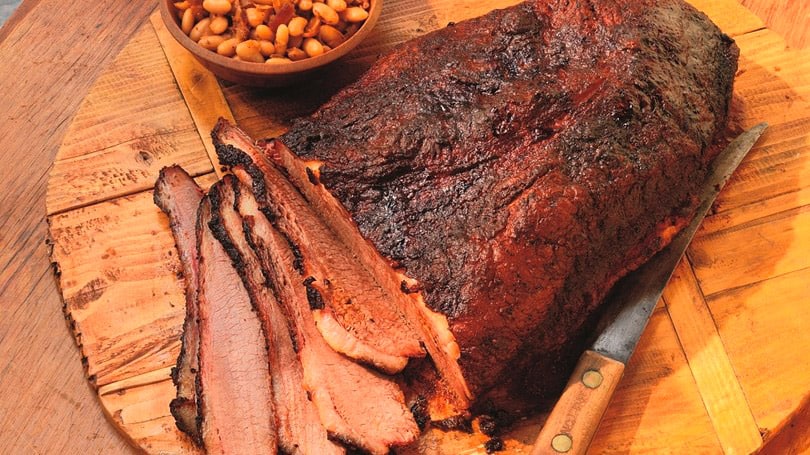 You may need a smoker, which is available in all kinds of sizes, shapes, and fuels. This method is quite the same as grilling the meat. It just generates more smoke, and thus needs to be done outdoors.

While grilling does not take you a lot of time because it uses high heat, smoking takes much longer as it uses indirect heat at a much lower temperature.

The ideal range of temperature is from 150 to 225 degrees
Fahrenheit. This method is also known as hard smoking and the end product looks similar to jerky.

Remember that whatever method you use, the effectiveness and success of your preservation also rely on the quality of the meat.

Make sure that you have the freshest meat and process it as soon as possible. Don’t even leave it overnight without doing anything to keep it away from being rotten.

Meat is the primary source of the protein and your survival life. Thus, your experience of the hunting season depends considerably on whether or not you know how to preserve meat.

Hope that these methods will walk you through the days in the wilderness.