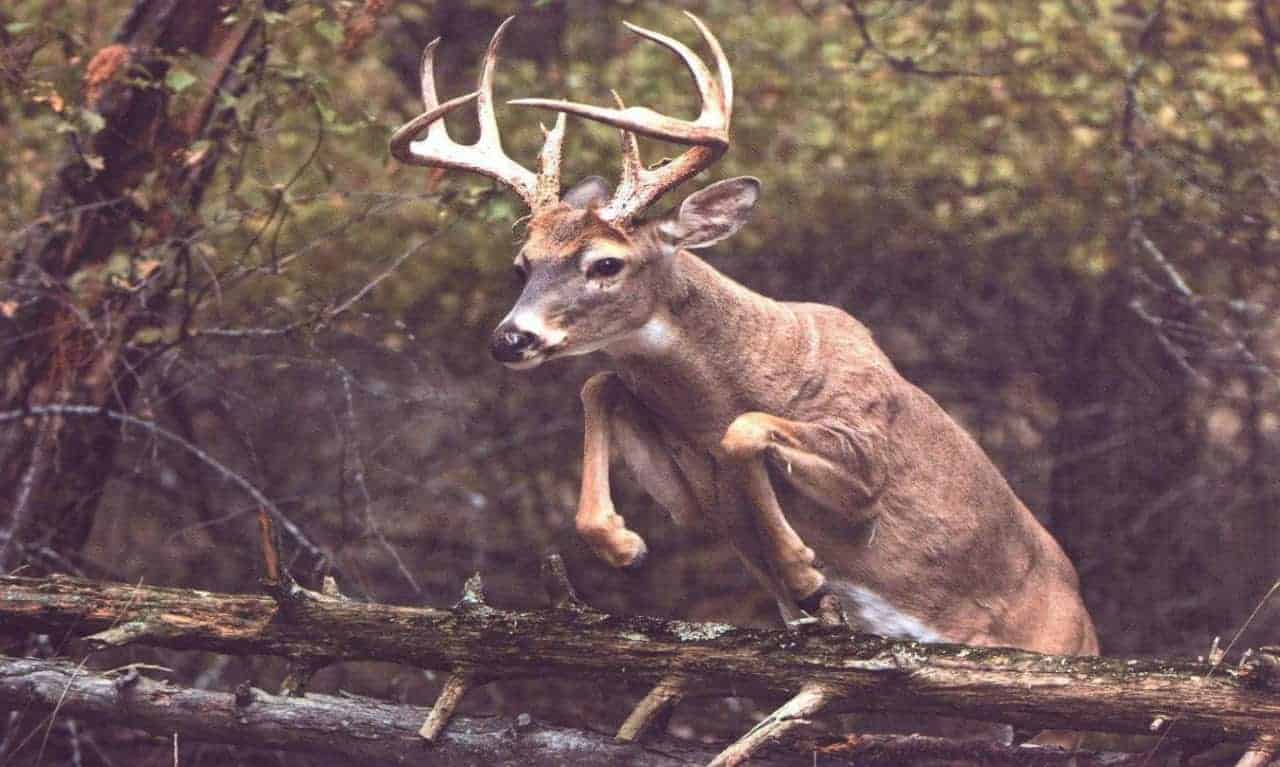 Arguments had risen, can a whitetail jump high? Or how high can a whitetail deer jump? These interesting cases will be discussed in this article along with the methods you can use to make them unable to escape your perimeter.

The first question on anyone’s mind, probably including you, is why they would jump over the fences in the first place.

Fundamentally, jumping is their way of playing around with their kind. But the issue is, why would they tend to go beyond the fenced area when all the food are already within the fenced part?

How high can a whitetail deer jump ?

Deer has been observed to jump as high as an 8-foot fence occasionally. Also, it can run at 55 to 65 kilometers per hour.

Moreover, an adult whitetail deer can jump higher. Matter of fact, there are times it could jump over a 12 feet high barricade and even higher in some cases. However, know that deer rarely jump at staggering heights.

Why do they jump over the fences

There could be lots of reasons why a whitetail deer, or any deer for that matter, want to jump over the fence. Some of these are discovered by people who expertly study their behavior. Here are some:

Although food is already present in the current place they live, deer tend to look for something new. Anything new to their eyes will be perceived as delicious.

As they browse your field inside the fence, it is also possible that they’d see something outside the fence that attracts their appetite.

Once they see a thing that catches their attention, it’s normal for a deer to go for it, consequently jumping to the other side. People who saw a deer jump for the first time have their jaws dropped as they witness how high a deer could jump. 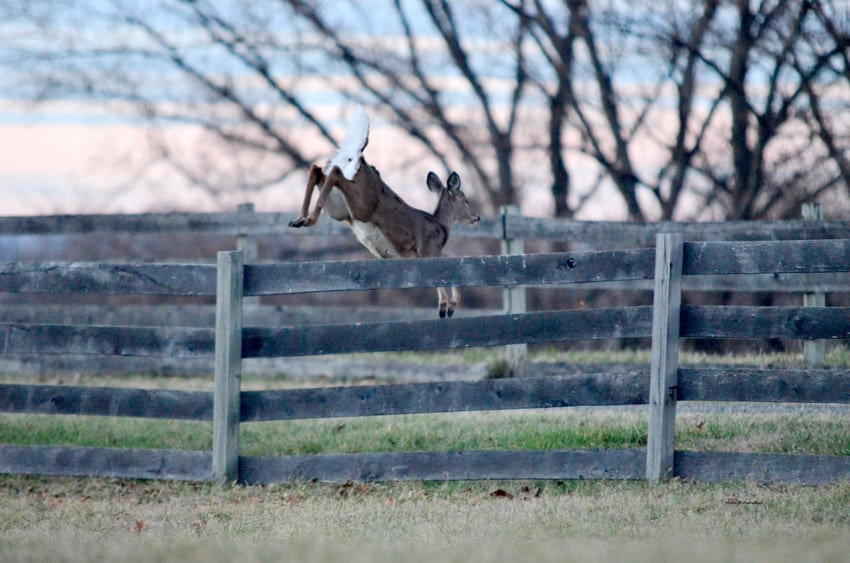 Even animals know how to love, and to experience love at first sight. Research involving animals along with their oxytocin level proves something.

Oxytocin, the hormone responsible for motivating an animal (also humans) to treat others with compassion and care tend to increase when the animal socializes with other animals.

Of course, there are lots of predators that feed on deer, making this a good reason for them to jump over the fence. After all, the basic instinct of any animal when threatened is to either fight or run away.

In most cases, flight is the best chance of survival so don’t be surprised to see your deer jumping over your fences when they see a threat.

You might be wondering how a deer could surpass your fence when they are already high. Well, it may be high for you but not for the deer.

As long as they can jump over it, then it’s not high enough. The best thing to do now is to adjust your fence’s height to make it an effective one.

It has been believed that deer are actually afraid to jump over high fences, or at least it’s not their hobby to do so.

As mentioned earlier, it’s not every day you can see a deer jump over a fence. Even in low-height fences, sightings of deer jumping over it are occasional to rare. Their eyesight is the biggest factor to this.

Experts say a deer’s vision sees best in the yellow, dark blue and some ultraviolet portions of the spectrum. Most fences that deer tend to jump over are made up of polypropylene and PVC-coated metals which poorly reflect these wavelengths.

Also, they have limited depth perception. And their eyes are on the sides, so their vision and 3D sense are affected.

Given that, they always have a difficult time recognizing whether the fence is jumpable or not so they would NOT try to jump over the fence unless deemed necessarily.

When they feel like they really need to jump, that’s the time they will. The best example is when they try to save their own lives, among other reasons mentioned just above. 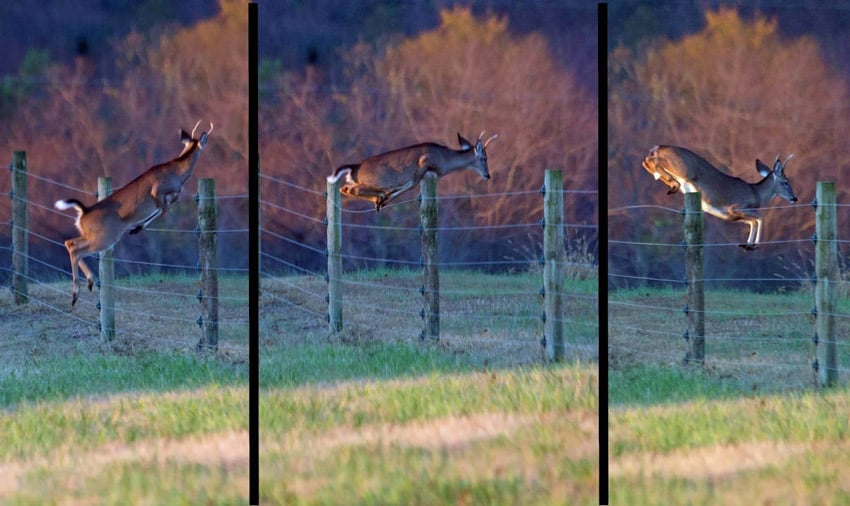 In planning for an effective deer fence, you must consider the following:

You must choose the most efficient deer fence available and, if possible, try to look for an affordable one. In selecting a good fence line, you must avoid fencing areas where there are bushes and woody plants. It will cost you a lot by clearing the area.

If no other place is available, you have no choice but to invest more bucks in clearing those areas. Next is to determine the type of fence you’d want to use.

There are many kinds but these are recommended – polypropylene reinforced with monofilament line and steel hex grid. They are stronger than wood and would last longer.

Understanding a deer’s attitude is an interesting thing to do. Knowing them is a good start. Eventually, you’ll love their nature and start taking care of them more.

You now know how high can a whitetail deer jump, the reasons why, and some planning tips for building an effective deer fence. Now you can start applying this knowledge in real life.