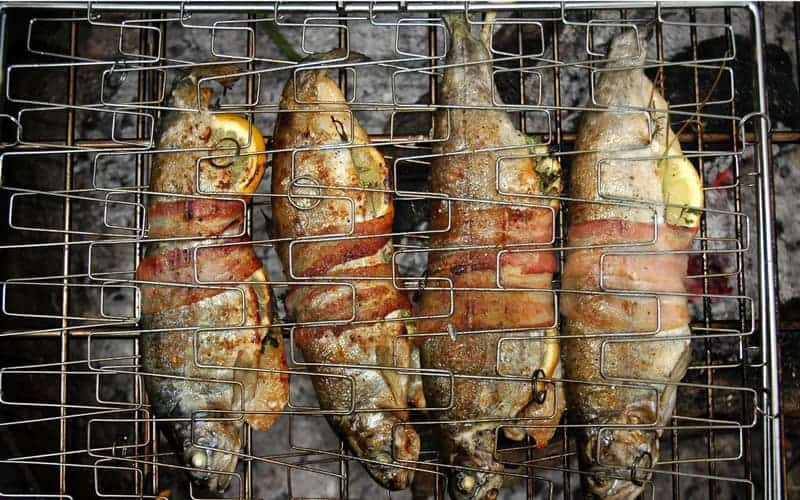 In all probabilities, cooking fish over a campfire will provide you with such pleasure that you will remember it for a long time to come. If properly done, then catching, cleaning up and also cooking a fish will be a really exciting as well a satisfying experience.

Below we have mentioned several step-by-step techniques on how to have fish ready on a campfire. 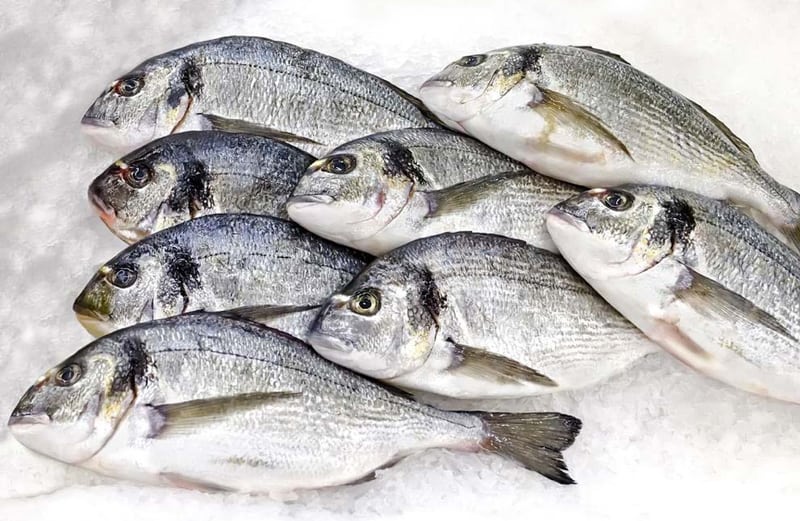 Make it a point to ensure that the consumption of the fish is not going to create any problems afterward and therefore verify that it is absolutely safe to eat. Refrain from eating any fish which appears spoiled.

In fact, the warm weather can play a major role in spoiling a fish and therefore you should check out the following symptoms before discarding any fish.

Some of these symptoms are as follows:

Do not take much time to prepare the fish and try to keep it cool until it is ready to be cooked. At first, get rid of the gills as well as the big blood vessels along its spine. It will be advisable to gut it in case it is over 10 cm in length.

Take a sharp fish fillet knife and make a slit from just under the head along its belly. After scraping out the guts wrap them in paper and throw them away.

Right now, you may remove its head, tail, fins or even fillet it completely in case you do not prefer eating around its bones and this will also depend on which particular cooking technique you are going to apply.

As a matter of fact, nothing can be more exciting than to cook hot fish fillets on a campfire. A bit of hot sauce plus a bit of salt can be added and it will definitely be a mouthwatering recipe.

Moreover, cooking outside will eliminate any reason to worry about the oily mess which would otherwise be left behind in your kitchen after the cooking is finished.

One cannot deny the fact that frying fish can be quite messy. It is suggested to take everything outside and take pleasure in an exciting cookout rather than pondering about how much grease is going to be splattered around the stove.

The setup, as well as the fire which you build, is essential when you’re about to cook fish over a campfire.

Remember that cooking a fish will require hot oil. You will not find any sort of help by trying to cook on a fire which sizzles and smolders quite frequently.

In fact, these pieces are going to make it much easier to control the oil’s temperature.

Try to find out a couple of cement blocks along with two pieces of angle iron in between them for creating the appropriate cooking platform for you.

Also, make certain that the surface is almost level and then make a hot fire in between those cement blocks. After having a nice fire started, the angle iron can be set utilizing a couple of tongs and that’s all you will need to get ready for cooking!

A tripod grill, a campfire grill or any other similar setup will also work just fine. Here we are advising to use angle iron and cement blocks, but you can also find out other similar materials that will serve the purpose.

It is also essential to have a cast iron skillet along with you which helps to create an almost even cooking surface by getting rid of any hotspot which is usually found while cooking over firewood.

You are actually cooking using a regular skillet; however, the results will be much better when you’re using cast iron.

It hardly matters whether you’re cooking fillet salmon, bluegill, or even crappie; the basic preparation is almost the same. After washing the fillets, blot them using a paper towel to make certain that they are dry.

After that, pour a substantial amount of seasoned fish fry mix in a gallon zip lock bag. It is advisable to make use of Drakes fry mix; however, flour mixed with some spices can also prove to be effective as well.

Following this, drop the fillets in a bag which is full of fry mix. After shaking the bag, coat all the fillets evenly and you’re all set to fry!

Cooking The Fish Over a Campfire

Now that your cooking surface has been prepared, it is the right time to begin cooking the fish over a campfire. Add approximately one inch of vegetable oil after setting the cast iron skillet on top of the hot fire.

Allow the oil to become heated up in the container for approximately one minute prior to adding any fish.

When the oil becomes hot, just take out some fillets from the bag which is full of seasoning and add them to the oil.

Make certain that you maintain a hot fire; however, it should not be so hot that the grease will get burnt. It is only a matter of practice and it will become easy for you once you become accustomed to it.

It is possible to create a hot fire quickly with the help of small branches which you can find close to your campsite and thus you can easily make the oil hot in case it becomes too cold.

The fish fillets have to be fried for approximately three minutes on either side till they become golden brown.

Once it is achieved, you can place the fillets on a dish with the help of a pair of tongs and cover this with a paper towel for soaking up any grease that might be left over.

Now everything is completed and it is time to savor some scrumptious fried fish prepared on the campfire!