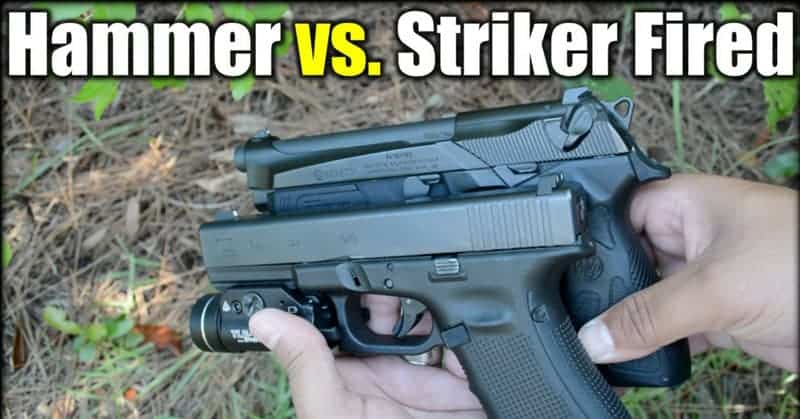 A striker fired pistol is a more refined version of the combat handgun.

It is a reliable and easy to shoot pistol, which is just as durable as its more traditional counterpart – the traditional hammer-fired pistol.

This has become a standard among those who wish to carry a gun, including cops whose job includes patrolling an entire city and ordinary citizens who need to hide a gun for self-defense.

What is a Striker Fired Pistol?

Striker fired pistols are available in various forms – with each one designed for a specific purpose. You can find light and thin ones that are easy to conceal.

Others, on the other hand, are full-sized. These are those designed for military and law enforcement purposes.

One thing that makes the striker-fired pistol popular and unique is the fact that it does not have a hammer. What it has, instead, is a long rod or internal bar, which you can call as the striking bar.

Basically, it can be described as a spring-loaded firing pin, resembling a pointing rod surrounded by a spring. Moreover, the pistol often has a very light trigger pull.

In comparison to other pistols, especially those that are in double-action mode, the trigger pull in striker-fired is lighter as it is only around 5 pounds. 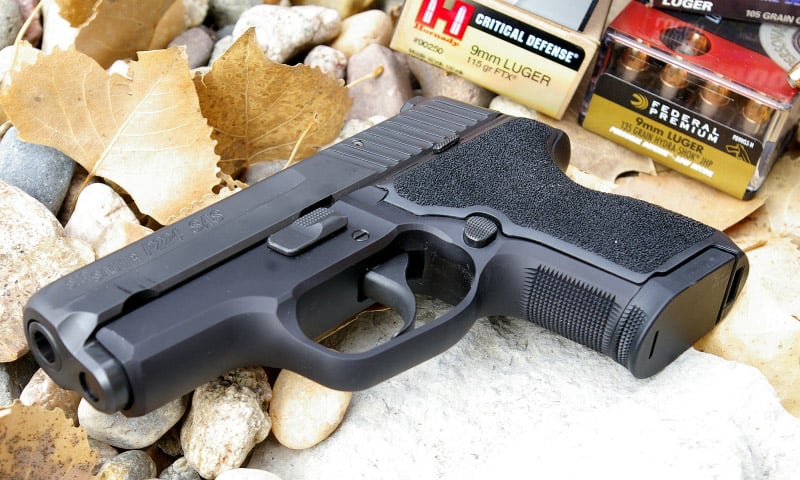 This specifically means that it is much easier for you to control the muzzle flip, translating to the ability to shoot based on any given precision level with any given cartridge power easily and quickly.

The low bore axis of the striker fired pistol also promotes more ease when operating gun sitting lower in your hand, since there is no need for you to use a vertical space to operate the hammer. This gives you an easier time using the pistol.

2. Does Not Feature a Hammer

This specifically means that you no longer have to deal with the hassle of cocking the hammer. Since there’s no hammer, you can also easily conceal it from view.

The fact that you no longer need to fully cock the striker also promotes quicker follow-up shots, which is also an advantage.

All these features can give you peace of mind as you have an assurance that you can keep yourself safe without engaging your external safety actively.

This is mainly because of its polymer construction. Its light weight is a big advantage as this gives you an easier time carrying the pistol with you without making it too visible to prying eyes.

Since the mechanics of using this pistol are just easy to learn, you can expect to master it in less time. That said, you can start to use it for shooting as soon as possible.

6. Less Burdensome to Use

It is mainly because the striker fired pistol does not come with an exposed hammer, which might get caught in the shrubs, clothing, etc. Furthermore, it has lesser parts, thereby promoting more ease in maintenance.

Aside from that, you will also enjoy the different methods of operation demonstrated by the striker fired pistol.

You can use the Glock style striker, which many consider as double action since it tends to bring the striker into the rear prior to dropping. This further causes the release of the striker.

Another method is the PPQ style, which requires you to cock the striker one hundred percent to prepare it for firing. Many classify it as single action since it performs its functions by just dropping the sear.

To help you better understand what makes the two different from each other, comparing them should be mainly based on the following factors:

This is one of the most vital qualities that you have to keep in mind each time you fire a gun.

Note, however, that this is also the specific factor wherein the striker and the hammer fired pistols is extremely different.

Some shooters noticed the often soft and mushy triggers in the striker fired version. This makes them feel more comfortable, though, as they know that each of their trigger pull is just the same every time they shoot.

On the other hand, in the hammer fired pistol, you get the chance to alter it based on your preferred action.

A striker fired pistol often features a blocky construction, which makes it a bit harder to conceal at times. It’s mainly because its square protrusions tend to stand out inside your clothes.

The hammered type, on the other hand, comes with more curve, so it is no longer surprising why it works better in sitting more naturally and hiding itself from sight.

Note, however, that if you draw from a concealed carry, the striker fired pistol also has an advantage. It supports a more natural draw since it does not come with a hammer, thereby reducing the risk of snagging.

Despite the fact that the striker fired pistol features a boxy shape, making it harder to hide, several shooters still prefer it than the hammer fired type because the former is said to deliver a much better performance.

It has an enclosed design, which means that debris will never prevent the gun from performing its intended purpose. This also results in less snagging.

Striker fired guns are beneficial but note that they are also quite complicated to use. One reason is that it has a striker, which tends to replace one or more vital components of the pistol.

Also, note that the majority of striker fired pistols, specifically the G-locks, are impossible to de-cock.

It is crucial to remove the magazine for tension release, check the chamber to know whether it’s empty then fully pull the trigger for the proper release of the firing pin.

One positive thing about striker fired pistol though is that it has light trigger pulls that are also relatively short and quick. This promotes positive results if you’re planning to shoot with accuracy.

The fact that the striker fired pistol is simple, inexpensive and reliable also makes it a great investment.