This is one of the most frequently asked questions regarding firearms; What is the main difference between centerfire and rimfire ammunition? If you’re wondering the same question, then you have come to the right place.

Ever since the 19th century, there are already different cartridge priming methods that have been invented. After years of usage, only of the many priming methods were left and still serve a significant purpose to date – centerfire and rimfire technology.

How do they actually differ from each other? Is the other one better than the other? There is so much to learn in the subjects at hand, and you have made the right decision to pass by our page.

To make you understand the matter better, it would be practical to delve into the individual subjects at hand. 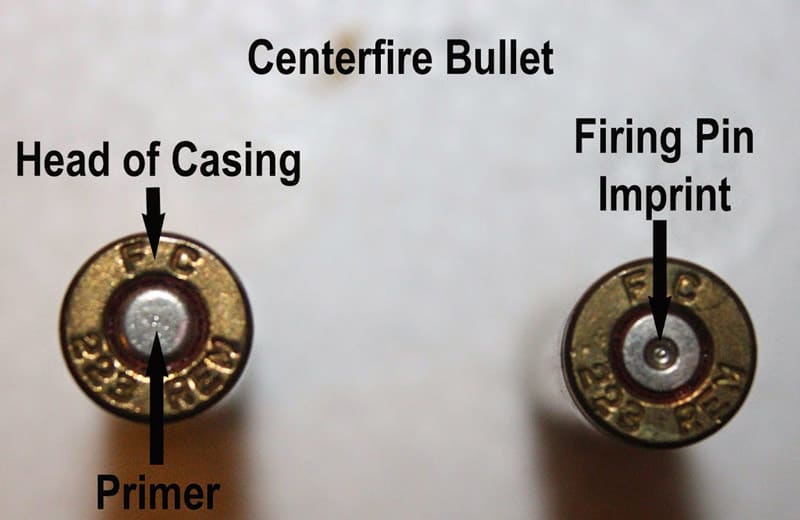 From the old and obsolete cartridges to virtually all shotgun, rifle, and pistol ammunition; you can see centerfire as their cartridge. The only exemptions include a few .22 and .17 caliber rifle and pistol cartridges.

The thing that makes centerfire technology more dominant than rimfire is it’s more dependable in terms of military purposes.

Without having any damage, the thicker metal cartridge cases can efficiently resist rough handling and similar situations, making them more ideal for combat.

Centerfire cartridges are also safer to handle. The downside of a rimfire cartridge is its explosive priming compound located in the protruding rim. With that, accidental pinch or drop could trigger it because of the bulging rim, making it explode even if you don’t mean it to.

Also, centerfire cartridge can take a significant amount of pressure thanks to its stronger base. With that, you can fire bullets at greater energy and velocity.

All of these benefits come at a price, though. But it’s totally worth it. Centerfire technology is expensive to manufacture, making it also expensive for the end user.

Rimfire is an ignition method for cartridges and metallic firearm cartridges. The term is derived directly from the word “rim.” When you pull the trigger, the firing pin will strike and bangs with the rim of the base and ignites the primer, hence rimfire.

This is typically opposed to the centerfire method where the primer cap at the cartridge’s base center is where the firing pin strikes. 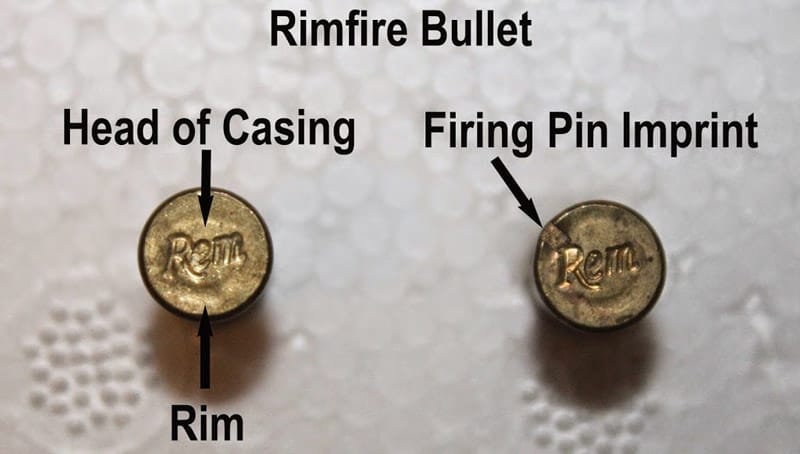 The rimfire cartridge’s “rim” is a widened and extended percussion cap that consists of the priming compound. Relatively, the cartridge case itself contains the projectile (essentially the bullet) and propellant powder.

The cartridge can’t be reloaded once the bullet has been discharged after striking the rim of the cartridge; because of the firing pin impact, the head has already been deformed.

Today, smokeless powder is utilized by modern rimfire cartridges. Smokeless powder produces a higher level of pressure and tends to be of 5.5 mm (or .22 caliber) and smaller.

Since rimfire firearms are inexpensive and typically very light, the rimfire design also requires little pressure. With that, small-caliber cartridges have become popular and continuous to be prevalent among several users in the country.

What makes rimfire cartridges more attractive to gun enthusiasts is its affordable design. They are inexpensive probably because of the inherent efficiency in its cost to be manufactured in large scale.

However, ammunition prices have started to increase on 2002. Elements such as zinc, copper, and lead, which are all used in the manufacturing process have grown in price. The trend continued in 2012 where ammunition prices still gradually increase, probably caused by hoarding.

Despite that, rimfire technology can still be considered as inexpensive since a lot of people can still afford it.

What Is The Main Difference Between Centerfire And Rimfire Ammunition?

With the content above, you may already have the idea about how the two differ from each other. The major difference of the two is that the rimfire cartridge has the firing pin hit anywhere on the backend of the cartridge.

On the other hand, the centerfire cartridge has the firing pin hit in the central part of the cartridge backend to set off the primer.

Typically, centerfire cartridges have their primers in the “center” of the cartridge. These calibers include just about any high powered rifle except for a few smaller size calibers like the .17 and .22.

On the flipside, the rimfire cartridges have their primers on the “rim” of the cartridge. These may include .22 Mag and .22 LR.

You may already know how it works but how do you distinguish the two when you see them? You can do it through a simple physical inspection. All you need to do is to look at the shell casing’s bottom, and you’ll see the difference.

The centerfire cartridge will be a hundred percent smooth until fired. After firing, you’ll notice a ‘dimple’ in the center of the base of the cartridge like a metallic cap.

The rimfire cartridge is also smooth just until fired. The firing pin will leave a dent in the rim to detonate the cartridge.